Researchers looked at suicide risk among active duty, Reserve, and National Guard Veterans who deployed to OEF/OIF and separated between 2002 and 2011. Read the study abstract. 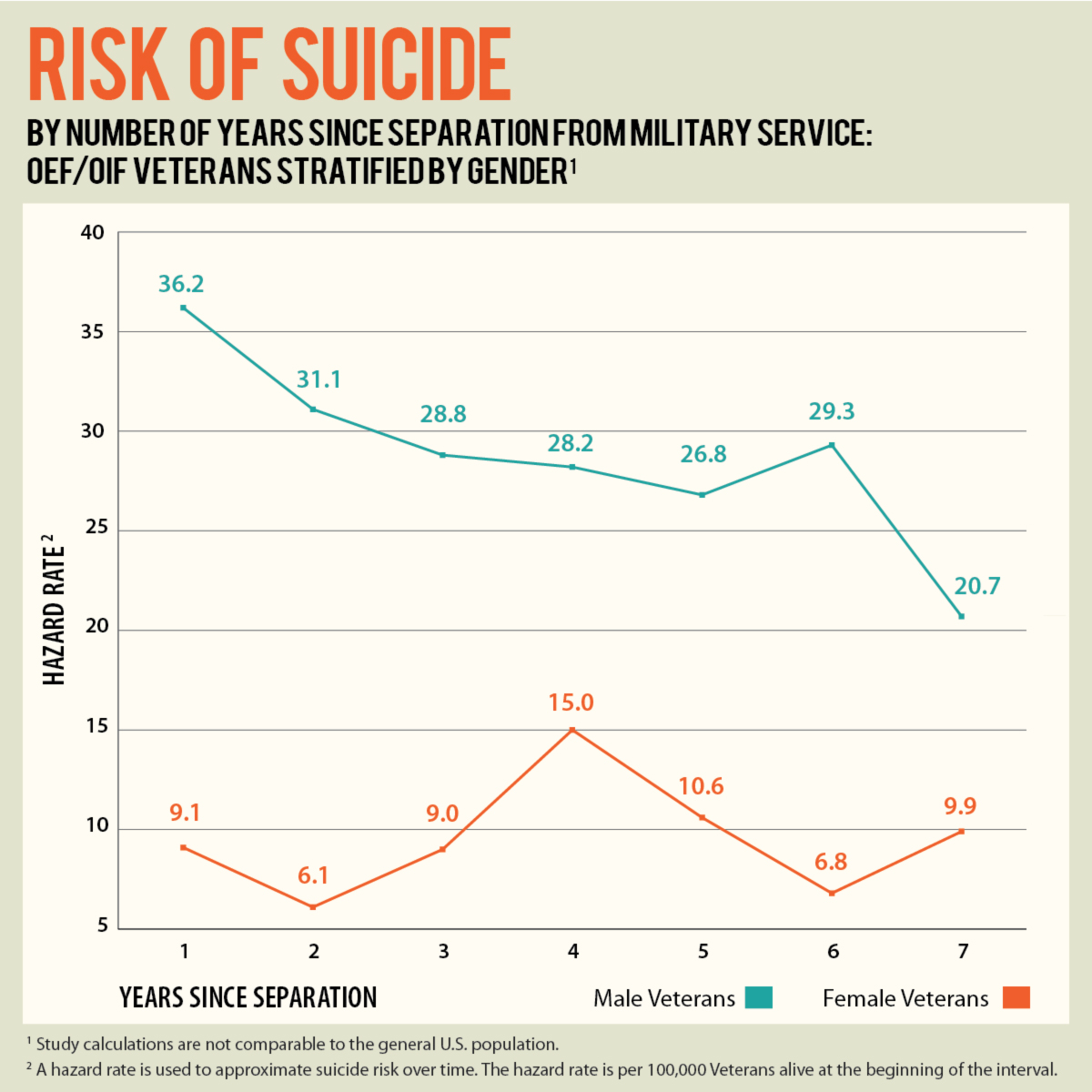 Risk of Suicide by Number of Years since Separation from Military Service: OEF/OIF Veterans stratified by Gender

A hazard rate is used to approximate suicide risk over time. It is a calculation of deaths by suicide per 100,000 Veterans alive for each year since separation from service.

Calculations are not comparable to the general population

Are you a Veteran or concerned about one? The Veterans Crisis Line connects Veterans in crisis and their families and friends with qualified, caring VA responders. Veterans and their loved ones can anonymously:

Confidential help is available 24 hours a day, 7 days a week.