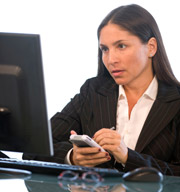 VA's Epidemiology Program conducted a multiyear survey study of Gulf War-era Veterans who served in 1990-1991 to find out how their health has changed over time. Researchers conducted an initial survey in 1995, a second survey in 2005, and a third survey in 2012.

The Health and Medicine Division (HMD) (formally known as the Institute of Medicine) of the National Academy of Sciences, Engineering, and Medicine is a non-government organization that evaluates scientific literature and provides advice. By law, VA contracts with the HMD to scientifically review evidence for possible connections between Gulf War Veterans' illnesses and exposure to toxic agents, environmental or wartime hazards, or preventive medicine during military service.

Find out more about HMD reports and VA findings.

The Department of Defense funds research on Gulf War illness through the Gulf War Illness Research Program (GWIRP).  The GWIRP has compiled a list of research resources produced from their funding.

You may want to conduct an extensive search on Gulf War Veterans health through the U.S. National Institutes of Health's PubMed.