This 2016 VA study found Operation Enduring Freedom (OEF) and Operation Iraqi Freedom (OIF) Veterans were 29% more likely to report that they were diagnosed with sinusitis compared to Veterans who were deployed elsewhere during OEF/OIF, according to a recent study.

Researchers found no significant difference in self-reported asthma or bronchitis between OEF/OIF Veterans and those that were deployed elsewhere during the same time period. 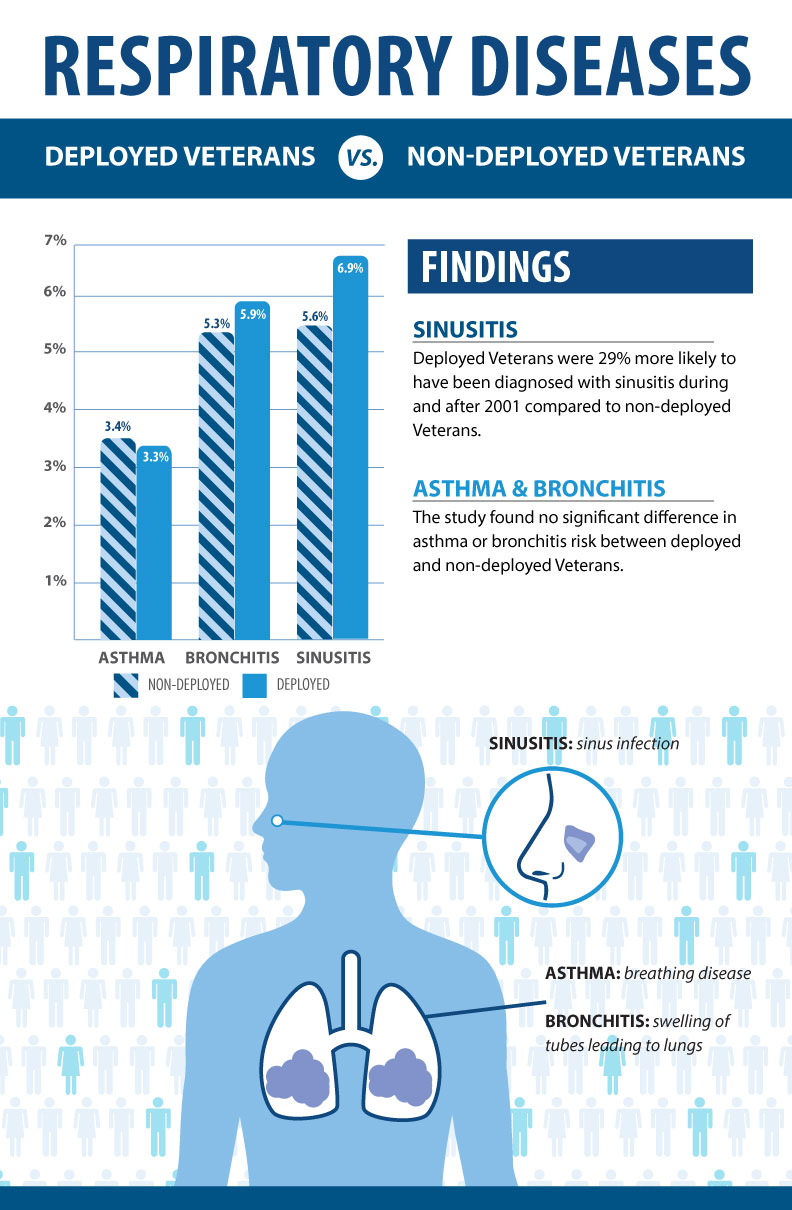 Percentages were as follows:

Findings from the New Generation Study

The findings are from the National Health Study for a New Generation of U.S. Veterans, a long-term study on the health of 30,000 OEF/OIF Veterans and 30,000 Veterans from the same era who were not deployed. Read the abstract on respiratory diseases.

Read the abstract on a related article on lifetime prevalence of respiratory diseases and exposures among Veterans who served during OEF/OIF.

Talk to your health care provider if you are concerned about respiratory illness.

VA offers a variety of health care benefits to eligible Veterans. Not enrolled in the VA health care system? Find out if you qualify. OEF/OIF/OND Veterans are eligible for VA health care for five years after leaving the military. There are other ways to qualify too, including by having a service-connected disability.