Vietnam-era Veterans whose service involved duty on or near the perimeters of military bases in Thailand anytime between February 28, 1961 and May 7, 1975 may have been exposed to herbicides and may qualify for VA benefits.

The following Veterans may have been exposed to herbicides: 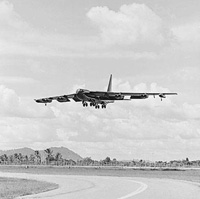 To receive benefits for diseases associated with herbicide exposure, these Veterans must show on a factual basis that they were exposed to herbicides during their service as shown by evidence of daily work duties, performance evaluation reports, or other credible evidence.

VA will help determine exposure to Agent Orange or other herbicides during military service after you file a claim for compensation benefits.