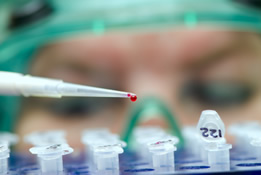 From 1955 to 1975, the U.S. Army Chemical Corps conducted classified medical studies at Edgewood Arsenal, Maryland. The purpose was to evaluate the impact of low-dose chemical warfare agents on military personnel and to test protective clothing and pharmaceuticals.

If you are concerned about exposures during Edgewood/Aberdeen chemical tests, talk to your health care provider or local VA Environmental Health Coordinator.

Health effects of the experiments

About 7,000 soldiers took part in these experiments that involved exposures to more than 250 different chemicals, according to the Department of Defense (DoD). Some of the volunteers exhibited certain symptoms at the time of exposure to these agents. Long-term follow-up was not planned as part of the DoD studies. Learn more from the Department of Defense.

A 2016 report to the DoD on long-term health effects due to participation in these tests concluded that although effects of the individual agents had been established in the literature, test subjects would have endured lower concentrations for shorter durations and no significant effects had been observed in the health of test subjects in the years since the tests occurred. The National Academies of Science reviewed this report in 2018 ("Review and Approach to Evaluating Long-term Health Effects in Army Test Subjects") and suggested a framework for evaluating these exposures moving forward.

The agents tested included chemical warfare agents and other related agents (inactive substances or placebos such as saline were used):

There are no tests today that can confirm exposure to agents from decades ago. However, a good history and physical examination can provide valuable information and help determine a Veteran’s risk of developing health problems related to the exposure. Long-term psychological effects are possible from the trauma associated with being a human test subject.

Veterans may file a claim for disability compensation for health problems they believe are related to exposures during Edgewood/Aberdeen chemical tests. VA decides these claims on a case-by-case basis. File a claim online.