The PACT ACT and Vietnam Veterans

The Honoring our Promise to Address Comprehensive Toxics Act of 2022, or PACT Act, will help Veterans in the areas of care for military exposures, presumptions, and research. For Veterans who served nobly in Vietnam or elsewhere where Agent Orange may have affected them, the PACT Act:

Beyond Agent Orange: Other Tactical Herbicides

From 1962 to 1971, during Operation Ranch Hand in Vietnam, the U.S. Air Force sprayed tactical herbicides for control of vegetation. These herbicides were named based on the color of their barrels. During the war, around 20 million gallons of Agents Green, Pink, Purple, Blue, White, Orange, Orange II, Orange III, and Super Orange were sprayed in South Vietnam.

Below is information on some of the other herbicides besides Agent Orange that were used:

Agent Blue - (cacodylic acid) was an arsenic-based chemical used to destroy rice. About 4 million gallons were sprayed. Among the current presumptions, bladder cancer might be most directly associated with potential exposure to this herbicide.

Agent Purple – consisted only of 2,4,5-T, which is the chemical that was contaminated with dioxin as a byproduct. About 500,000 gallons of Agent Purple were sprayed.

Agent White – was a 4:1 mixture of 2,4-D and picloram. About 5 million gallons were sprayed, some after the cessation of Agent Orange spraying.

Since many chemical agents were used as tactical herbicides, and since we are not able to measure exposure to these agents adequately, it is difficult to attribute specific health conditions to these chemical agents.

Learn more about Agent Orange and other herbicides. 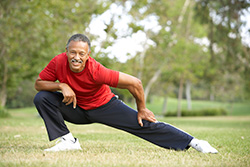 Are you interested in improving your “whole health,” meaning not just your physical health, but also your mental health, connection to others, sleep, energy, ways to find personal growth, and more? VA health professionals across the country are part of VA’s transformation to a Whole Health system of care, which focuses on personalized health plans based on Veterans’ values, needs, and goals and supporting overall well-being and health.

Allen joined the program and set goals to control his health challenges, destress, and improve his health during the pandemic. The program helped him lose 50 pounds, add walking to his exercise routine, and begin transcendental meditation.

“The VA Connection Plans program helped me to focus on my health goals and implement them,” said Allen. “Health care providers helped me with both my physical and mental health,” he added.

Though the VA Connection Plans program is on hiatus, you can learn more about Whole Health, create a personalized health plan, and talk to your health care provider about how you can incorporate Whole Health into your care. More Whole Health resources are available at Whole Health Home, and you can find out how to get started at Get Started with Whole Health.

Vietnam Veterans are automatically presumed to have been exposed to herbicides during their service and are qualified for certain VA benefits. There are specific medical conditions presumed to be related to Agent Orange exposure.

The Vietnam War officially began on August 5, 1964, and ended on May 7, 1975. Below are some facts and demographic features of Veterans who served during this time: 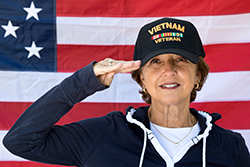 Thanks to all our Vietnam Veterans who served and for their sacrifices.

Vietnam War Veterans faced hardships during the war and upon returning home that could have affected their mental health for many years after the war. In 2016-2017, VA’s Health Outcomes Military Exposures, Epidemiology Program, conducted the Vietnam Era Health Retrospective Observational Study (VE-HEROeS), the first nationwide survey that focused on both the physical and mental health of Vietnam War Veterans in over 30 years.

We mailed survey questionnaires to over 40,000 Vietnam theater and non-theater Veterans. Nearly 7,000 surveys were sent to U.S. non-Veterans. Using established survey research administration methods, these mailings resulted in a 45% response rate for Veterans (6,735 theater Veterans and 12,131 non-theater Veterans responded) and a 67% response rate for non-Veterans (4,530 responded). This survey collected participants’ health, sociodemographic, and service-related information. One of the important topics we could assess using these survey data was an assessment of the mental health status of theater Veterans (i.e., those who served in the Vietnam theater of operations – Vietnam, Cambodia, and Laos) to see whether they are experiencing psychological issues today that may be associated with their war-time experiences

We looked at four mental health outcomes that included overall mental health functioning (i.e., mental health-related quality of life), probable posttraumatic stress disorder (PTSD), psychological distress, and depression. We examined the prevalence of these outcomes in each of the three groups and through regression analyses obtained insights into the associations between level of military service and these mental health outcomes after adjusting for sociodemographic and other health and service characteristics. We also looked at these relationships in regard to race/ethnicity. The following is a summary of what we found:

Our study showed that Vietnam War theater Veterans continue to suffer mental health problems as they approach their 8th decade of life. Thus, the continued surveillance of their mental health status and health care needs is of critical importance.

Find the abstract of the article on this study, The mental health of Vietnam theater Veterans-the lasting effects of the war: 2016-2017 Vietnam Era Health Retrospective Observational Study, on the National Library of Medicine’s PubMed.

Dr. Carl Dahl, a Vietnam Veteran, is dedicated to caring for fellow Vietnam Veterans. Dr. Dahl has been a health care provider for more than 50 years and now works at the Golden Colorado VA Clinic as an Environmental Health Clinician, focusing on Agent Orange Registry exams and Airborne Hazards and Open Burn Pit Registry exams.

“It’s an opportunity to evaluate Veterans who have served in Southeast Asia during that period of time and possibly find conditions or diagnoses that could have a relationship to their exposure to Agent Orange,” said Dahl.” If we can find conditions that have been diagnosed, and that are presumptively related or associated, it is an opportunity to allow these Veterans to make a claim for a condition, he added.

“I have a pretty good connection to Veterans who served in Vietnam,” said Dahl. He joined the Navy in 1974 as a doctor. He was deployed at Oakland Naval Hospital for two years, and then off the coast of Vietnam in April 1974 for the evacuation out of Saigon and South Vietnam. “I ended up on the Liberty Ship with 3,600 Vietnamese citizens, and my job was to take care of them and transport them to Guam,” he said. He left service after two years as a lieutenant commander.

After military service, Dahl completed a fellowship at the University of Colorado. He worked in civilian practice as a gastroenterologist, and a liver specialist from 1978-2011. Next, he was invited to work for Compensation and Pension at VA, and then began focusing on environmental medicine in 2019, conducting registry exams for Veterans.

Dahl also has another military connection – he was named after his mother’s youngest brother, who joined the Navy on December 7, 1939, and was killed exactly two years later at Pearl Harbor. “About a year after he died, I was born,” Dahl said. Helping Veterans through registry exams is a service that Dahl finds fulfilling. “I find it rewarding to be able to do exams for them,” he said.

Dahl encourages eligible Veterans to get an Agent Orange Registry exam. “It’s totally free. It’s an opportunity to get a good evaluation as to current health conditions,” he said. Other benefits to joining are the opportunity to learn about a possible presumptive condition so you can make a claim, to learn about your health even if you are not enrolled in the VA system, and to get a comprehensive evaluation, he added.

To sign up for an Agent Orange Registry exam, contact an Environmental Health Coordinator near you. A coordinator will help you schedule an exam with a provider.

VA and the American College of Preventive Medicine (ACPM) created a formal certification program that gives health care providers the skills and knowledge needed to effectively identify, treat, and manage the effects of possible environmental exposures in Veterans.

VA and ACPM are now developing an advanced Level II certification program that builds on the Level one certification. The content will include a series of case studies and clinical exposure scenarios to equip providers with the ability to share, disseminate knowledge, and strengthen their skills in military exposures.

You can encourage your VA providers to sign up for this free certification program.