VA and DOD: Working together to define Gulf War illness 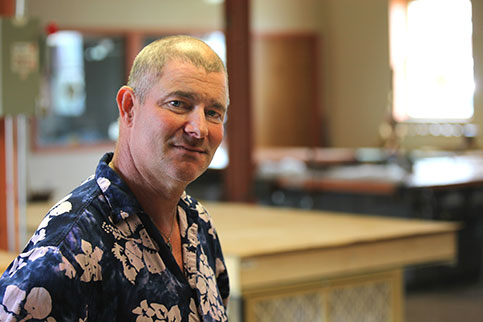 Many Gulf War Veterans have a cluster of medically unexplained, chronic symptoms called Gulf War illness (GWI) or chronic multisymptom illness (CMI). The symptoms can include fatigue, headaches, pain, indigestion, insomnia, dizziness, respiratory disorders, and memory problems. Currently, there is no single validated case definition for CMI, nor is there a diagnostic laboratory test. This has created challenges for Veterans, as well as the Veterans Health Administration and Veterans Benefits Administration (VBA). A single case definition would help clinicians improve the way in which they identify and treat CMI in Veterans, help VBA improve the way CMI claims are handled, and help researchers improve their studies of Gulf War Veterans.

In 2013, the Department of Veterans Affairs (VA) contracted with the National Academy of Medicine to develop a single case definition for use in research settings. The National Academy of Medicine concluded that they could not develop a case definition because of the limitations of the available data; however, they recommended the two most widely used case definitions for CMI, the Centers for Disease Control and Prevention (CDC) definition and the Kansas definition, be used. The CDC case definition requires a Veteran to have at least two chronic symptoms (longer than six months) from the following categories: pain, fatigue, and mood/cognition. The Kansas case definition requires a Veteran to have at least one chronic symptom in three of the following categories: fatigue/ sleep problems, pain symptoms, neurologic/cognitive/mood symptoms, gastrointestinal symptoms, respiratory symptoms, and skin symptoms. The Kansas case definition is stricter, as at least one of the symptoms has to be moderate to severe, and Veterans with certain chronic medical conditions are not considered to have CMI using this definition.

VA is currently working with the Department of Defense (DoD) to create a case definition that can be used both in clinical practice and in research. In the meantime, VA is recommending that a case definition for CMI developed by a VA/DoD taskforce, called the VA/DoD Clinical Practice Guidelines (CPG) for the Management of Chronic Multisymptom Illness, be used. The CPG definition states: "CMI is a label given to a diverse set of disorders including, but not limited to, chronic fatigue syndrome (CFS), fibromyalgia syndrome (FMS), and irritable bowel syndrome (IBS). CMI encompasses military-specific medically unexplained illnesses, such as GWI, Gulf War Syndrome, or post-deployment syndrome. The definition of CMI also includes patients without accepted labels, defined by generally accepted criteria, who exhibit persistent or frequently recurring symptoms negatively impacting daily function for a minimum of six months’ duration, from two or more of the following six categories: fatigue, mood and cognition, musculoskeletal (including pain), respiratory, gastrointestinal and neurologic (including headache)." VA has implemented a plan to develop, test and validate a data-driven case definition that likely will contain elements of the CDC, Kansas, and CPG definitions.