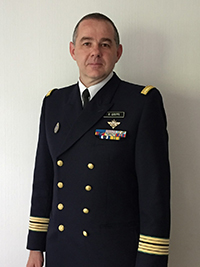 Similar to U.S. military Veterans, French military Veterans have also encountered environmental exposures during service and have concerns about the impact of these exposures on their health. Much like VA’s Post Deployment Health Services, the French have the Veterans’ Health Observatory, an interdepartmental body (including Defense, Health, and Veterans representatives) directly attached to the General Secretariat for Administration of the Ministry of the Armed Forces. Its activities focus on the health risks associated with environmental exposures among the French military community. The Observatory’s activities provide us with a better understanding of similar issues faced by U.S. service members and their allies.

The Observatory’s main activities are:

The Observatory includes a network of civilian and military experts and correspondents. It is headed by a Delegate (a physician from the Armed Forces Health Service, appointed by the French Secretary General) and assisted by a Deputy Delegate (an executive of the French Ministry of Health). A steering committee sets the Observatory’s policy and approves proposals for health studies. A scientific council of independent experts guarantees the credibility of the work carried out by the Observatory.