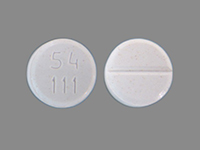 In response to Veteran concerns, VA asked the National Academies of Sciences, Engineering and Medicine (NASEM) to review the existing evidence on the long-term effects of antimalarial drugs. On February 25, 2020, NASEM released the report, Assessment of Long-Term Health Effects of Antimalarial Drugs When Used for Prophylaxis.

In this report, NASEM reviewed the scientific literature on antimalarials, particularly mefloquine and tafenoquine, that may be associated with neurological and psychiatric effects in adults. NASEM also examined the currently available medications and the long-term health effects that might occur as a result of their use.

NASEM concluded that there is inadequate or insufficient evidence of an association between mefloquine use and long-term neurologic and/or psychiatric health outcomes. NASEM did find sufficient evidence of an association between tafenoquine and vortex keratopathy or medicationinduced corneal deposits. However, they did not find this clinically significant or persistent, meaning that you would likely not notice an effect. If you took the drug and have concerns, consult an eye specialist.

VA is currently reviewing the content of the report in a formal, multi-step process and performing an independent review of the evidence. Any recommendations for policy changes will be sent forward for consideration by VA Secretary Wilkie.