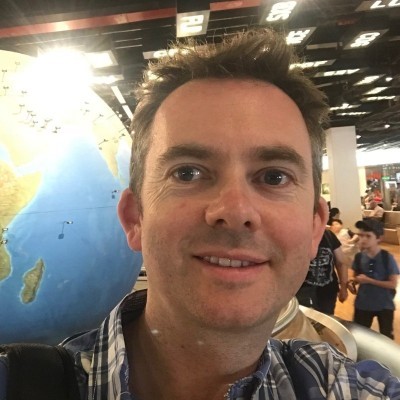 Over ten years, the United Kingdom and the U.S. together developed one of the most successful trauma hospitals that has ever existed: Camp Bastion in Helmand Province in Afghanistan. It was a response to the huge number of military and civilian casualties created by the fighting in Southern Afghanistan. A ”melting pot” of allied nations and a ”hot house” for trauma specialists, working alongside Americans was where I first learned that adrenaline was really called epinephrine and the difference between an “oorah” and a “hooah”. At that point in time and space, our medical services were entirely interoperable, and our clinicians, interchangeable.

The U.K. prides itself as the U.S.A.’s military partner of choice, with a ‘Tier 1’ military that boasts a continuous-at-sea nuclear deterrent; two brand-new aircraft carriers designed around the F35 fighter; British Army divisions equipped with Challenger 2 and Ajax armored vehicles; and Special Forces and cyber capability to rival any enemy state. The military has seen a steady decrease in personnel, with a total strength now just under 200,000 from a high of 312,000 at the end of the Cold War. The Royal Navy, the Army and the Royal Air Force have their own medical services, led by a one-star General but most healthcare delivery, capability and training sits in the ‘joint’ space, under a three-star Director General. Together they form the Defence Medical Services (DMS).

In the U.K., 93% of civilian healthcare is delivered by the National Health Service (NHS). It is taxpayer funded and free at the point of access. The NHS delivers affordable, high-quality healthcare for only 9.7% of the country’s Gross Domestic Product. What constitutes excellent healthcare is determined by the National Institute for Clinical Excellence (NICE) and standards are maintained by the Care Quality Commission (CQC), which undertakes routine or unplanned inspections as required. The NHS is extremely popular in the U.K.; it would be a brave politician that dared to suggest that it be broken up. Private medicine is still available, and NHS clinicians may supplement their salary by treating private patients during evenings and weekends.

During the 1990s, at the end of the Cold War, the Ministry of Defence opted to close all our military hospitals, transferring all secondary and specialist care of military personnel and veterans to the NHS. This was a painful process for the DMS. In 2009, our last independent hospital closed: the Royal (Navy) Hospital Haslar in Portsmouth, which was built in 1752. Fortunately, there were many positive effects of these closures other than saving money. Military clinicians moved into NHS facilities, establishing hospitals-within-hospitals, and acute care specialties, such as Emergency Physicians and Trauma Surgeons, moved to NHS Major Trauma Centers (MTC), where they are happily busy treating seriously injured civilian patients. The NHS remunerates the Ministry of Defense for the work done by military staff, and the contracts are written to ensure that military personnel can deploy on operations as and when needed by the single Services. It is a financially advantageous arrangement for both sides, and clinicians get to maintain their skills. It is the case that efforts must be made to maintain esprit de corps. Individuals can begin to feel dislocated from their service; hence, it is vital to reserve a part of each year for military training, conferences and exercises. Military clinicians are paid a small amount more than their civilian counterparts (known as the ‘X factor’) and enjoy a more varied lifestyle, including the occasional deployment to a war zone, which helps to prevent excess outflow from the services.

Embedding the DMS within the NHS has ultimately been a success. The NHS itself has benefited from the lessons brought back from two decades of combat operations in Iraq and Afghanistan. In 2014, the DMS successfully pivoted to manage the Ebola outbreak in Sierra Leone, providing logistics and treatment facilities to the country, while U.S. forces concentrated on supporting Liberia. In the past year, the DMS has supported the NHS through a range of tasks, such as building COVID ‘Nightingale’ hospitals and supplying critical-care transfer capability across London. Perhaps the most gratifying result of this crisis has been the recognition of the value of our Combat Medical Technicians. They are well-trained, positive, and adaptable individuals who are as at home in the back of an armored ambulance as they are on an NHS ward helping to care for COVID patients.

Future challenges for the DMS include rationalizing our primary care clinics by using more telehealth, a process which has been accelerated by COVID; and adapting to the future battlefield, which promises to be both more distant and more distributed, while refusing to compromise on the excellent trauma outcomes seen in military hospitals, such as Camp Bastion. Whatever the future brings, it is likely that U.S. and U.K. military clinicians will once again find themselves working side-by-side in conflict and crisis zones. Wherever that is, U.S. clinicians and patients should feel reassured that DMS clinicians are well-trained, highly experienced, and sometimes, even speak American.