A United States Air Force B-52 bomber and a KC-135 tanker aircraft collided over Palomares, Spain, while attempting inflight refueling on January 17, 1966. The collision caused four thermonuclear weapons to be released. Two of the weapons were damaged when they hit the ground, releasing plutonium, a radioactive material. There was no nuclear detonation. 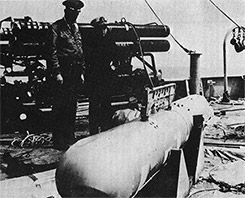 Approximately 1,600 military and civilian personnel worked to decontaminate the accident site for three months following the accident. During cleanup, personnel wore protective clothing and radiation dose measuring devices, and had regular radiation checks.  There have been concerns that those involved in the clean-up mission may have been exposed to airborne dust and debris contaminated with plutonium.

Please see the Notice of Class Certification for Veterans of 1966 Nuclear Clean-Up at Palomares, Spain regarding a class action lawsuit.

The Air Force states that “adverse acute health effects were neither expected nor observed, and long-term risks for increased incidence of cancer to the bone, liver and lungs [the target organs for plutonium] were low.” The Air Force Medical Service reconstructed the possible radiation doses for Veterans who participated in cleanup of the Palomares accident in 2013, using the highest measured doses obtained from biological monitoring at the time of the accident.

The local Spanish population from Palomares has not reported health problems related to the accident.

If you are concerned about possible health issues related to participating in the cleanup effort at the Palomares accident site, talk to your health care provider.

If you took part in cleanup of the Air Force B-52 bomber carrying nuclear weapons off the coast of Palomares, Spain, from January 17, 1966, through March 31, 1967, VA presumes that you had exposure to radiation.

Learn more about health and disability benefits for radiation exposure.