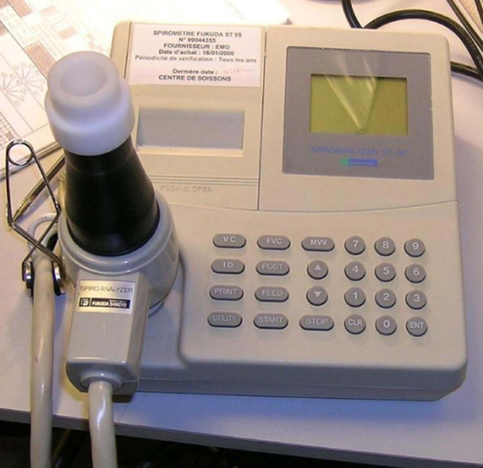 Army Chemical Corps Veterans worked with tactical herbicides and may have had one of the highest levels of dioxin exposure during the Vietnam War. According to a 2013 study of these Veterans, there was an association between their self-reported herbicide exposure and whether a health care provider told them they had chronic obstructive pulmonary disease (COPD). COPD is a progressive respiratory disease that makes it hard to breathe. However, when the researchers tested the breathing airflow out of the lungs in a group of these Veterans using an objective method called spirometry, they found no association between reported herbicide exposure and COPD. Spirometry uses a device to check airflow out of the lungs.

Researchers looked at data collected from 3,193 Army Chemical Corps Veterans who participated in a study in which they answered questions on herbicide exposure and if they had ever received a COPD diagnosis from a doctor or other medical professional. Out of this group of Veterans, 403 Veterans also participated in spirometry tests.

The difference in results between a physician’s diagnosis of COPD as reported by the Veteran and COPD determined using spirometry may be due to physicians’ reliance on a Veteran’s symptoms when making their diagnosis rather than on more objective methods like spirometry. Research shows that spirometry is underutilized by physicians even though it is one of the simpler diagnostic procedures doctors can perform to test your breathing. Additionally, approximately 10 – 30 percent of Veterans with no COPD diagnoses from a physician were COPD-positive upon spirometry testing. This may show a need to reevaluate how diagnoses are made in clinical settings.

Read the abstract of this study.  Learn more about the Army Chemical Corps Study.