Veterans who were exposed to Agent Orange or other herbicides during military service may be eligible for a variety of VA benefits, including disability compensation. To learn about locations where herbicides were used, visit www.publichealth.va.gov/exposures/agentorange/locations/index.asp. 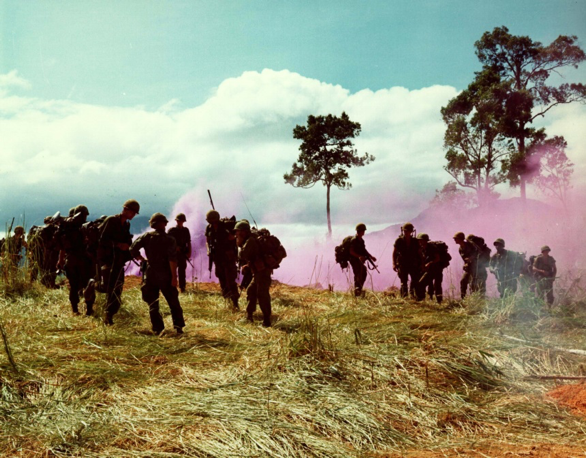 Veterans who set foot in Vietnam or who served on a ship while it operated on the inland waterways of Vietnam between January 9, 1962,and May 7, 1975, are presumed to have been exposed to herbicides. Veterans who meet these criteria do not need to show factual evidence of exposure in order to receive disability compensation.

Blue Water Veterans, or Veterans who served on open sea ships off the shore of Vietnam during the Vietnam War, are not presumed to have been exposed to Agent Orange or other herbicides. However, Veterans who set foot in Vietnam or served aboard ships on its inland waterways between January 9, 1962, and May 7, 1975, are presumed to have been exposed. VA maintains an evolving list of U.S. Navy and Coast Guard ships used for military service in Vietnam that may be associated with exposure to Agent Orange.

Any Veteran who 1) has been diagnosed with a disease recognized by VA as associated with Agent Orange exposure and 2) served in the military between April 1, 1968 and August 31, 1971, in a unit operated along the Korean Demilitarized zone, is presumed to have been exposed to Agent Orange or other herbicides.

Vietnam-era Veterans who served on the perimeters of military bases in Thailand anytime between February 28, 1961 and May 7, 1975, may qualify for VA benefits.

Herbicide Tests and Storage Outside Vietnam

Agent Orange and other herbicides used in Vietnam were tested or stored elsewhere, including some military bases in the United States. The Department of Defense gave VA a list of dates and locations of herbicide tests and storage.

From 1972 to 1982, Air Force Reserve personnel trained and worked on C-123 aircraft that had previously been used to spray herbicides in Vietnam. Veterans whose military service involved regular contact with the contaminated C-123 aircraft may qualify for benefits related to Agent Orange exposure.