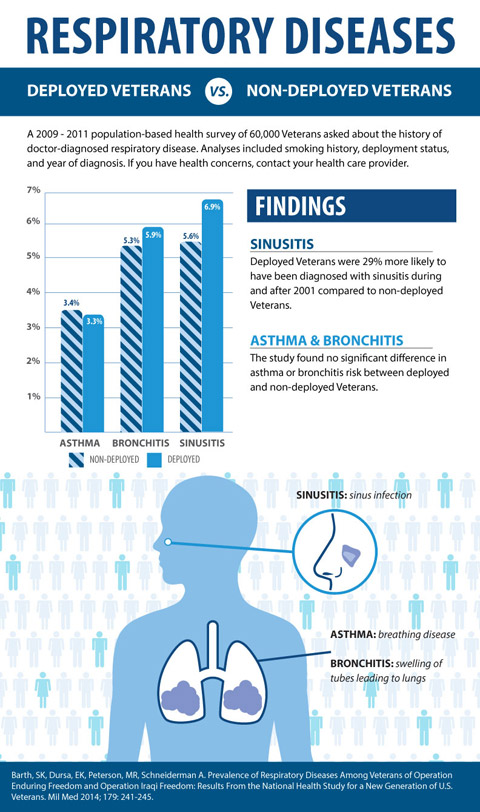 A 2009 - 2011 population-based health survey of 60,000 Veterans asked about the history of doctor-diagnosed respiratory disease. Analyses included smoking history, deployment status, and year of diagnosis. If you have health concerns, contact your health care provider.

Percentages were as follows: