Calling all Vietnam Veterans: It's to Your Benefit to Join the Agent Orange Registry 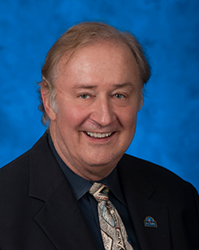 Like many who were serving in Vietnam, I watched with approval as the C-123 aircraft flew around parts of Vietnam to spray and help destroy the foliage that the Viet Cong used for cover in their operations. I had not heard of Agent Orange at that time, but I did understand they were spraying the areas with chemicals. It was to my benefit for the military to go after the enemy in any way possible.

Many years later, I began hearing stories in the news about the effects that the chemical called Agent Orange was having on Vietnam Veterans and began to realize that it was what I had seen those planes spraying; however, I still did not really think that I had been affected. After all, I was in reasonably good health and had not shown any noticeable signs of the cancers, skin diseases, and other medical issues that some Veterans were having. So, I did not take the time to sign up for the Agent Orange Registry. Sign up for a registry? I thought it would be too much hassle.

Then, after working at VA, I began reading about all of the medical issues and how badly some Veterans had been affected. I began to understand that while some of the health conditions related to Agent Orange may have not shown up yet, they still could as we in the Baby Boomer generation grow older.

After joining the Office of Patient Care Services at the Veterans Health Administration, I found myself working with co-workers who were directly involved with the operation of the Agent Orange Registry, and I was asked whether I was registered. Last year, I decided to sign up.

I signed up, and soon after, had an appointment with a doctor at the VA Medical Center in Washington, D.C. It was easy. No shots. No blood drawn. Just a series of questions to answer about my medical history.

While I still have no major medical problems now that I know of, I am in the registry and, more importantly, am set up in the system should I develop one of the presumed medical conditions in the future. The evaluations help alert Veterans to possible long-term health problems that may be related to exposure to specific environmental hazards during their military service.

While registering, I was asked by a medical center employee whether I was receiving VA medical care. Well, no, I wasn’t. I had been on a private sector insurance plan since I was first employed at VA and did not qualify; however, I learned that at some time between when I came to work and now, the Priority Level changed for Vietnam Veterans. Now, all Vietnam Veterans are eligible to receive health care in the VA system.

As a result of getting on the Agent Orange Registry, I am now enrolled in VA health care and receiving care at the VA hospital in Washington, D.C., and I am glad I am. So, if you are a Vietnam Veteran, take note – it is to your benefit to register now. It doesn’t hurt, it doesn’t cost anything, and it is the smart thing to do. Signing up now will likely benefit you later. Learn more about the registry at https://www.publichealth.va.gov/exposures/agentorange/benefits/registry-exam.asp.

How Many Agent Orange Registry Exams Were Conducted?