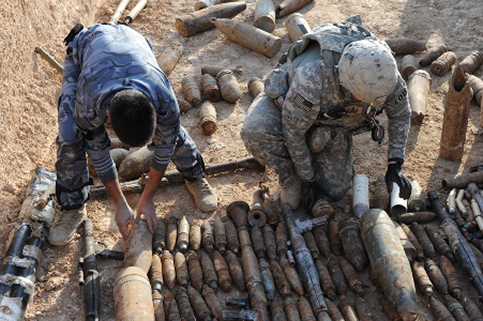 DoD tested CWAs on thousands of service member volunteers between 1922 and 1975. They recruited service members on a volunteer basis, but the details of the associated risks were not fully understood at the time.

DoD sent a letter to approximately 3,859 identified Veterans involved in testing, stating that medical care is available from the Army. This is in addition to any VA medical care that Veterans are already receiving or are entitled to receive. The Army will facilitate care at a VA facility if a Veteran wishes to continue using VA facilities.

Chemical weapons that OEF/OIF/OND Veterans may have been exposed to fall into four main categories: harassing, incapacitating, lethal, and blister agents. These vary in terms of onset and severity of symptoms and long-term health implications. Exposure to industrial chemicals that can be toxic if/when weaponized should also be considered for long-term follow up. The chemical and industrial agents most commonly encountered are: