Veterans and Agent Orange— Reports from the National Academy of Sciences 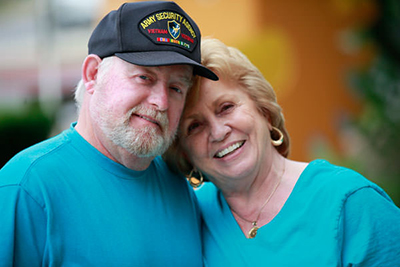 On March 10, 2016, a committee of the Health and Medicine Division (HMD) (formerly known as the Institute of Medicine) of the National Academies of Sciences, Engineering, and Medicine released the report “Veterans and Agent Orange: Update 2014.” VA is currently considering recommendations from the report.

VA contracts with HMD, an independent non-governmental organization, to scientifically review evidence on the long-term health effects of Agent Orange and other herbicides on Vietnam Veterans. HMD determines whether the evidence suggests a relationship between the diseases studied and herbicide exposure.

In the report, the committee changed its category of association with herbicide exposure for bladder cancer and hypothyroidism from “inadequate or insufficient” evidence to “limited or suggestive” evidence of an association. The committee also recommended that Vietnam Veterans with Parkinson-like symptoms be considered eligible for benefits under the presumption of Parkinson’s disease. For the birth defect spina bifida, this condition was changed from “limited or suggestive” evidence of an association with herbicide exposure to “inadequate or insufficient” evidence. The “Veterans and Agent Orange 2014” report is available at: https://www.nap.edu/catalog/21845/veterans-and-agent-orange-update-2014

HMD has also begun its eleventh review “Veterans and Agent Orange: Update 2017.” As a part of its updated review of all potentially associated health effects based on the most recent additions to the medical and scientific literature, this biennial update will specifically highlight possible birth defects and other inter-generational health effects.

In 2015, HMD released the report “Post-Vietnam Dioxin Exposure in Agent Orange—Contaminated C-123 Aircraft,” available at https://www.nap.edu/catalog/18848/post-vietnam-dioxin-exposure-in-agent-orange-contaminated-c-123-aircraft. HMD found that Reservists who were in regular, repeated contact with C-123 aircraft previously used to spray Agent Orange and other herbicides while serving as flight crew, ground maintenance crew, and aero-medical personnel may have experienced some exposure to herbicides. VA now recognizes exposure to Agent Orange for those whose military service involved regular contact with contaminated C-123 aircraft. Learn more https://www.publichealth.va.gov/exposures/agentorange/locations/residue-c123-aircraft/index.asp.