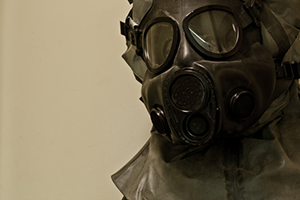 As a part of an effort to identify and care for military personnel exposed to chemical warfare agents (CWA), the Department of Defense (DoD) interviewed service members and Veterans, including National Guard and Reserve component members, who may have been exposed to CWAs. DoD interviewed 5,818 individuals to assess their exposure to CWAs as of August 3, 2017, and this program remains open to new participants. CWAs include nerve agents (e.g., sarin), blister agents (e.g., sulfur mustard), and toxic industrial chemicals (e.g. chlorine). Service members may have been exposed while destroying or handling explosive ordnance, including improvised explosive devices (IEDs), while serving in Iraq in support of Operation Iraqi Freedom and Operation New Dawn between 2003 and 2011.

DoD offered a clinical assessment to the approximately 350 individuals found to have had confirmed or likely exposure to CWAs. DoD communicated the results of these clinical assessments to the affected individuals. VA’s Veterans Benefits Administration plans to send a letter to each Veteran explaining the disability compensation process. A VA work group is planning how best to provide services to these Veterans over the long term.

For more information on exposure to CWAs, visit www.publichealth.va.gov/exposures/chemical-warfare-agents-oif.asp.