Findings about Health from a Large Scale Survey Study 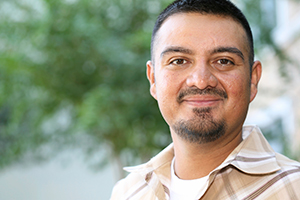 The National Health Study for a New Generation of U.S. Veterans is a large-scale study of Veterans who served during Operation Enduring Freedom (OEF) and Operation Iraqi Freedom (OIF) (the deployed group), and Veterans who served elsewhere during the same time period (the non-deployed group). Researchers compared these two groups by asking scientifically selected individuals to complete a 16-page survey on their current health. In the survey, participants reported on a wide variety of their physical and mental health conditions, health behaviors, exposures, and military experience. In total, 20,563 Veterans from across the country participated between 2009–2011.

Researchers have been analyzing responses from the survey to learn about the health issues facing OEF/OIF-era Veterans. So far, researchers have focused on respiratory health, pregnancy and infertility, mental health, and cigarette smoking, and reported the following findings in scientific publications:

As many as 15.8 percent of women and 13.8 percent of men who participated in this study reported that they had experienced infertility. Infertility is defined as trying with a partner to get pregnant for more than 12 months. Infertility among the general population in the U.S. ranges from 8 percent to 20 percent, depending on the definition used.

Read more about the National Health Study for a New Generation of U.S. Veterans, and find links to summaries of the research findings at https://www.publichealth.va.gov/epidemiology/studies/new-generation/index.asp